Formed in 2014, the Cologne Guitar Quartet is an international ensemble based in Germany. From four different countries (Germany, Israel, Portugal, and Greece), these diverse artists were all members of Prof. Aussel’s class at the prestigious Hochschule für Musik Köln in Germany.

The quartet was granted with several 1st prizes in various competitions such as „Brigitte-Kempen chamber music competition”, “Karlsruhe competition for the Interpretation of contemporary music”, 2nd prize in “Wuppertaler chamber music” competiton”, as well as “Live Music Now” Scholarship from the Yehudi Menuhin Foundation.

Their repertoire ranges from early and classical music combined with folkloric repertoire from different countries, to modern music by living composers. The Cologne Guitar Quartet is also working on widening the repertoire for guitar quartet by making new arrangements of orchestral and chamber music works. They are collaborating with composers such as Feliu Gasull Sergej Maingardt, Dariya Maminova, Vincent Michalke, Francisco Goldschmidt and Lucia Kilger.

Recognized for their captivating and virtuosic performances, the quartet was invited to perform in various festivals such as “speGTRa” in Aachen, “Les Musicales” in Redon (France), “Zeitgenuss” in Karlsruhe and “Felicja Blumental” in Israel. Their upcoming season includes concert tours in China, Portugal, Greece and Germany. Their debut album “Phasma” has been published in April 2018.

He recently graduated his second Master studies in contemporary music in Cologne, Germany, in the class of Prof.David Smeyers and Prof.Roberto Aussel. At the moment, he is enrolled in chamber music master together with Cologne Guitar Quartet.

Henrique Sanches de Almeida was born in 1990 in Amarante, Porto.

He started playing the guitar at the age of 12. In 2008 he is accepted to study with Professor José Pina, and later with Artur Caldeira in ESMAE, “Escola Superior de Música e Artes do Espectáculo” in Porto. Later he leaves Portugal and starts his Master in guitar with Professor Roberto Aussel in Cologne, concluding his Master degree in 2014.

Henrique has won different international guitar competitions and has played in several concert halls around Europe, such as Paris, Bergerac, Aarhus, Maastricht, Cologne, Monschau, Aachen, etc. He had masterclasses with renown guitarists as Roberto Aussel, Marcyn Dylla, Chen Zi, Feliu Gasul, Jérôme Ducharme, Margarita Escarpa, José Pina, Artur Caldeira e Miguel Carvalhinho. In parallel with his solo career, he has been an active guitar teacher since 2009. He has also been involved in “fado” projects (Portuguese tradicional music) playing with the guitar and the “Guitarra Portuguesa” (Portuguese Guitar).

At the moment he studies for Master of Chamber Music in Aachen, and lives in Cologne.

Armaos Ptolemaios was born in Athens in 1993. He began learning the guitar at the age of 6 in Greece, where he received his Guitar and Harmony diploma in 2010. In 2011 he was accepted into the Hochschule für Musik und Tanz in Cologne in the class of Prof. Roberto Aussel and he completed his bachelor studies in 2015 with the perfect note. Since September 2015 he is studying his masters degree with Roberto Aussel for guitar and Hans-Werner Huppertz for chamber music.
He has participated as an active member in masterclasses given by Roland Dyens, Oscar Ghiglia and Hubert Käppel, among others. He has won first prizes in national competitions and has been a finalist in the World Guitar Competition in Serbia. He has performed extensively in solo and ensemble works from numerous cultures and styles, with classical and electric guitar, cello, piano, bouzouki and baglama. Besides his instrumental activity he has shown great interest for composition and arranging. Most of his works are written for guitar or ensembles with guitar.

Tobias was born 1985 in Aachen, Germany, and studied the guitar and piano with Csaba Szekely and Hella Westendorf. Eightteen years old he has won the first prize in the german national competition “Jugend musiziert”.

In 2007 he started his professional studies of the guitar in Cologne with Ansgar Krause and is currently completing his Master of Music with the famous Professor Roberto Aussel at “Hochschule für Musik und Tanz” in Cologne. With the Cologne Guitar Quartet he got enrolled as the first Guitar Quartet for a Master degree in chamber music. Furthermore, he attended masterclasses with Lorenzo Micheli, Goran Krivokapic, Thomas Müller-Pering and Dale Kavanagh. Today Tobias teaches Guitar in private music schools in Cologne aswell as in Open Jazz House school Cologne. 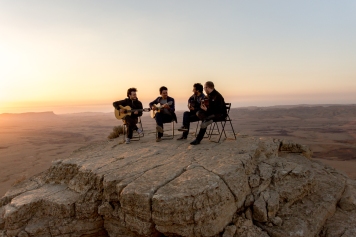 Nachayada�Tengprasert�
Gabriela Plura - a graduate of the University of Silesia in Katowice in the field of music education, she also graduated from the Academy of Music in Katowice in the field of instrumental pedagogy and postgraduate studies in the field of surdopedagogy, typhlo-pedagogy and art therapy. He teaches piano at the State Primary Music School S. Moniuszko in Racibórz as well as in a primary school in Samborowice, where he works with disabled children, including children with special needs. She also runs a vocal ensemble in the local parish, where she is an organist. She founded the Racibórz Artistic Center, where children and young students learn to play instruments and sing.#musicalexcellence #imkaoutstandingeducatorawards #educatorawards #musiceducation #classicalmusic #classicalmusicians#imkaartists
Dominika Świder�is a student in the piano class of Jolanta Filar-Choińska at the Music School Complex Karol Szymanowski no 1 in Rzeszów. She has been playing piano since she was 7 years old. Her adventure with music began in kindergarten when her singing talent was discovered by chance. She took part in numerous competitions, where she had many successes and this led her to enroll in a music school. Music is her great passion, without she cannot imagine her life. She is gifted pianist dedicated to her work and she has a great musical sensitivity. She is ambitious and strives to achieve her goals. She greatly appreciates the support of her family and friends. This year she took part in the International Competition OPUS and the International Music and Dance Competition “IMKA”, where she won first prize. #piano #pianoawards #pianoexcellence
Jacek Ropski — violinist, Doctor of Arts, assistant professor at the Karol Lipiński Academy of Music in Wrocław.