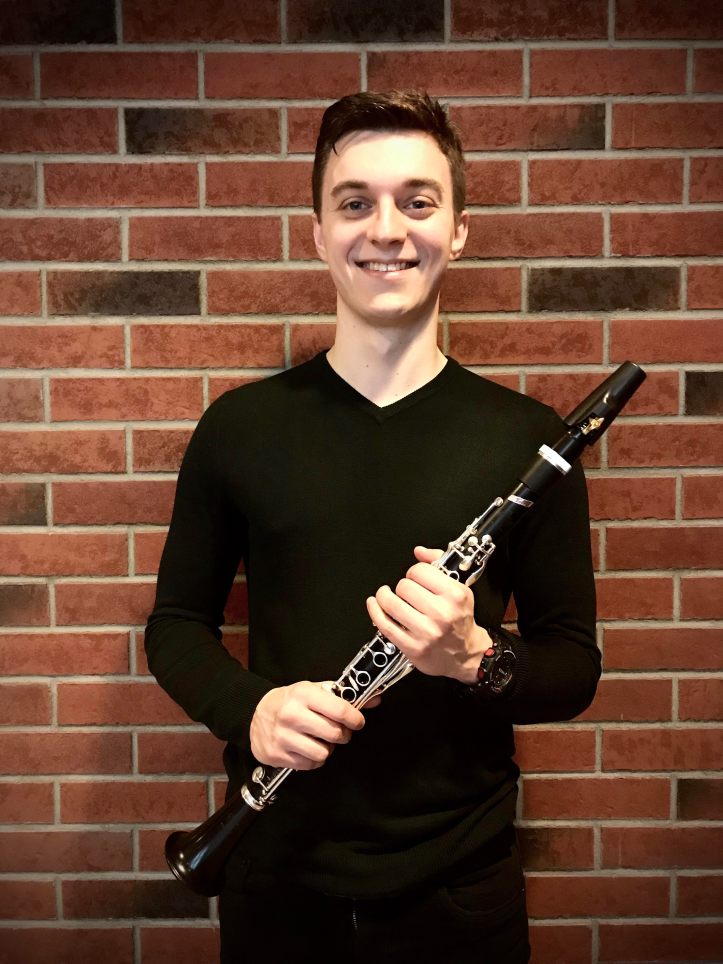 Kamil Janas began studying the clarinet at the age of eleven. He is a second year student The Katowice Karol Szymanowski Academy of Music, in the clarinet class of professor ArkadiuszAdamski, and in the University of Ostrava in Karel Dohnals class.

As a master class participant, Kamil has been improving his skills under the guidance of a number of foremost Polish and international clarinettists, among whom are Francois Benda,  Jorge Montilla, Shirley Brill,  FlorentHeau, Karel Dohnal, Charles Neidich, Igor Frantisak, Paul Meyer, Stephan Vermeersch, Giovanni Punzi..

He got a position as a Calarinetist in Slezwig Holstein Sympony Orchestra in 2019. Currently he is an accademist in Prague Philharmonic Symphony Orchestra.

As a soloist he performed with orchestras such as ZielonaGóra Symphony Orchestra, InterCamerata Orchestra, Deutsch-PolnischesJugendorchester.

He was playing as a young artist solist  in Festival Clarimania 2015, Clarinet Days In Prague 2015.