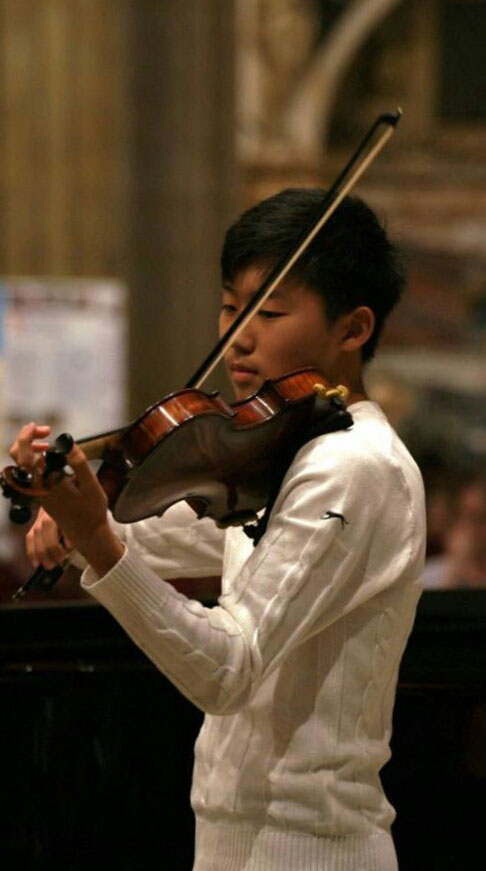 Bilegtugs Lut was born in Manchester in 2005 and started his violin studies at the Music & Dance Conservatoire in Mongolia when he was 6 years old. Even though he is only 12 years old Bilegtugs has been prize-winner at several International competitions including 1st prize in Japan-Hong Kong Music Competition, China 2016; 1st place , Crescendo Music Competition, USA, 2013; Jury award and 3rd place, The International Arthur Grumiaux Competition for Young Violinists, Belgium, 2014; 3rd place, Kocian Violin Competition, Czech Republic, 2015.

At just 9 years old, he was the youngest and first Mongolian participant to compete in the Tchaikovsky Competition for Young Musicians, Moscow in 2014.

Bill has engaged in many musical activities in Cornwall over the last year and he is being guided and taught by Tim Boulton.