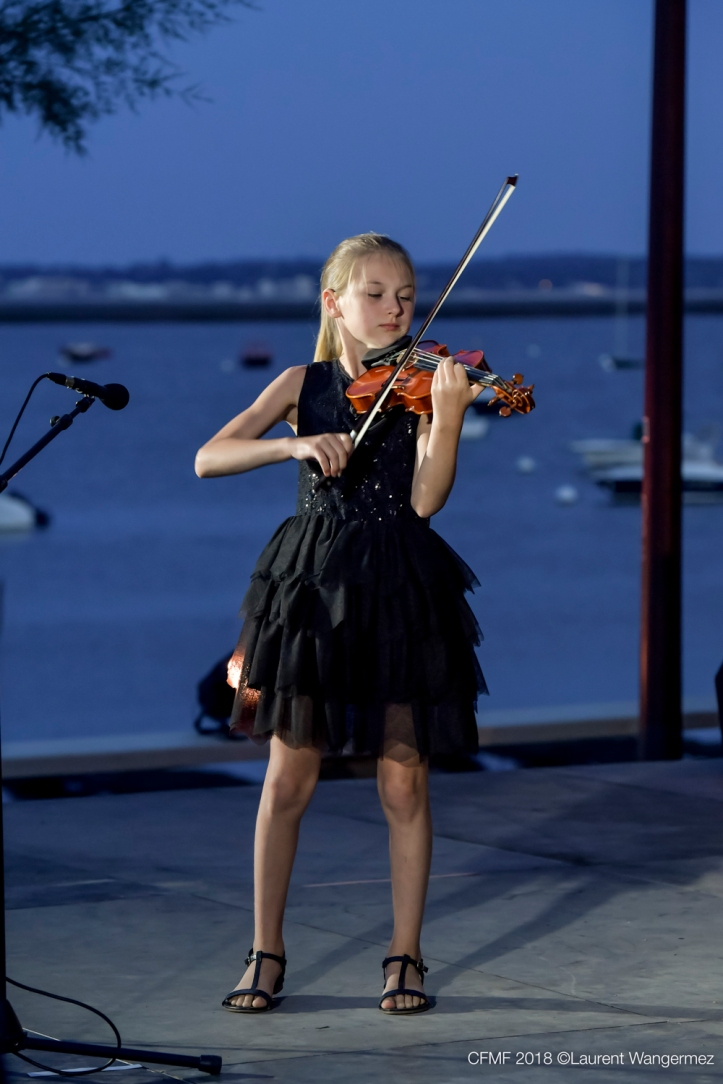 Julia Chojnacka – Biography of a Violinist

Julia Chojnacka was born on the 22nd of February 2007 in Koszalin, Poland. She began playing the violin when she was 7 years old at the State Music School in Koszalin under the supervision of Olga Borkowska, MA.

She has represented her school in competitions and concerts as one of the youngest, most talented violinists.

In her first year of playing, she took part in the XVI Sopot Violin Contest in which she took 2nd place depite her competitors being a year older.

Subsequently she won prizes in many contests including laureate of the IV prize at the VII                M. Ławrynowicz International Meeting of Young Violinists, which she won as a 9 year old competing in a group of 13 year olds.

In the IX International Music Competition 2018 Belgrade, she received the Grand Prix, taking 1st place in the violin secion with the highest score of 99.66/100. She also received the title of Internet Music Champion of The World, beating 76 other violinists from different countries (from 6 to 25 years old).

As part of the Grand Prix, she received an invitation to the Cap Ferret Music Festival and Academie Internationale Cap Ferret Music Festival in France. During that festival she was invited to take part in a concert full of famous musicians: Nicolas Koeckert, Olivia Gay and Aoko Soga. Then she performed a solo recital in Chapelle de I’Hebre-Gratuit and later the Finale Gala of de I’ Academie.

She performed during European Winter Music Workshops in Kołobrzeg and in the European Centre of Music of Krzysztof Paderecki at the end of the Winter Music Academy in Lusławice.

Julia systematically develops her skills as a solo artist as well as a member of a band. She constantly takes part in violin workshops. She also took part in master class with dr.Agata Szymczewska, prof. Bartosz Bryła, prof. Sławomir Tomasik, Nicolas Koeckert

She confirmed her high level in many national and international contests including,eg:

– 1st Prize for the best performance of a piece by Polish composer – XIV K. and A. Szafranek National Forum of Young Instrumentalists, Rybnik

NORAH WANTON (ITALY)
Dominika Świder�is a student in the piano class of Jolanta Filar-Choińska at the Music School Complex Karol Szymanowski no 1 in Rzeszów. She has been playing piano since she was 7 years old. Her adventure with music began in kindergarten when her singing talent was discovered by chance. She took part in numerous competitions, where she had many successes and this led her to enroll in a music school. Music is her great passion, without she cannot imagine her life. She is gifted pianist dedicated to her work and she has a great musical sensitivity. She is ambitious and strives to achieve her goals. She greatly appreciates the support of her family and friends. This year she took part in the International Competition OPUS and the International Music and Dance Competition “IMKA”, where she won first prize.#piano#pianoawards#musicalexcellence
 
Natalia Mazurek was born in 2012. She plays the viola, violin and composes music. She is a student in prof. Wlodzimierz Radin-Rutkowski class in Leonard Piwoni's Primary Music School in Szczecin, Poland.