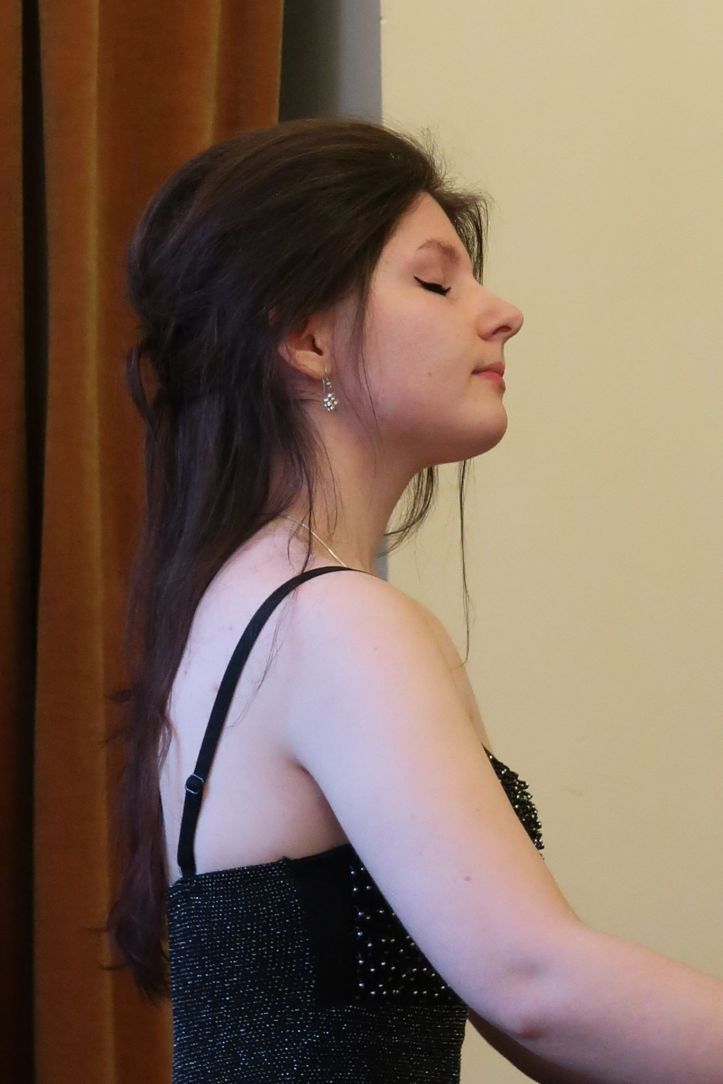 Peter Pažický (SVK), piano –  professor at the Conservatory of Bratislava and at the Academy of Performing Arts in Bratislava, SVK

Gábor Eckhardt (HU), piano – professor at the Ferenc Liszt Academy of Music and at the

Bibiana Miškolciová has successfully played piano for over 11 years. She excells in musicality, purposefulness and a relentless diligence.

Her interpretation can be adopted by demanding professional audience. Her success is evident not only on a national level, but especially at international piano competitions in Serbia, Italy, France, Germany, Greece and the USA.

Playing piano is not her only artistic focus. She is equally successful in playing organ and started her study in 2009 as a part of Maria Kosova’s class.

In 2016 she continued her concert activity at the Music Spring event in Nové Mesto nad Váhom, the Slovak Institute in Vienna and at the Music Autumn event in Rimavská Sobota. Her greatest achievement in this year was the 3rd Prize at the prestigious global competition American Protégé International Piano and Strings Competition in 2016 and  her participation at the Winners’ Concert at the prestigious Carnegie Hall in New York City, July 3, 2016.

In 2017 she presented her own recital in Nová Dubnica, in the Reneissance castle in Galanta, and at the Slovak Institute in Viena. In May she performed a concert in the Nitra Synagogue named “Piano Concert – A Tribute to Beethoven”. Bibiana´s achievements in this year include the 1st Prize at eMuse Online International Music Competition and participation at the Winners´Concert which took place at Byzantine and Christian Museum in Athens, Greece.

Her greatest achievement in 2017 was the 2nd Prize at American Fine Arts Festival Golden Era of Romantic Music Competition 2017 and invitation to the winners´ recital at Carnegie Hall, NY, USA.

In 2018 Bibiana presented recitals at the Slovak Institute in Vienna, in the Nitra Synagogue and at the Empire theater in Hlohovec. She was selected as a participant of a piano course led by Pavel Gililov which took place in Briosco, Italy. Furthermore, Bibiana took part in the Central International Music Academy in Vienna under the tutelage of Patrick Lechner. In this year she was awarded the 4th prize at the International Piano Competition „Riga“.

2nd prize and invitation to the Winners ´ Recital at Carnegie Hall, NY

3rd prize and participation at the Winners´Recital in Carnegie Hall

2nd prize, Category up to 13 years

2nd prize, Category up to 16 years

1st prize and the Laureate of the competition

Winner of the category + participation at the Winners ´Recital